Eric joined WVH as the Bookkeeper in 2012. In January of 2016, Eric took on the role of General Manager at WVH. He received his BS in Accounting from St. Francis University (PA) and his MBA from Troy University (AL). Since childhood, Eric has always had pets in his life, including dogs, cats, birds, and even a guinea pig, which his wife Lauren convinced him into adopting when they were dating in college. In his free time, Eric enjoys sports, the great outdoors, and having fun with his wife, their pets, and their son Elijah. 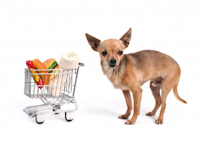 Have a busy schedule but need to have your pet seen by a doctor for a routine appointment?  Take advantage of our Drop & Shop Program.  Just call to let us know that you’d like to drop your pet off to receive what services he/she requires. While you run your daily errands, one of our … END_OF_DOCUMENT_TOKEN_TO_BE_REPLACED

Wexford Veterinary Hospital, has earned a place on the list of the Best Veterinarians in Pittsburgh 2019 & 2020. 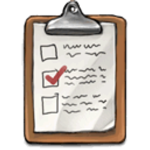